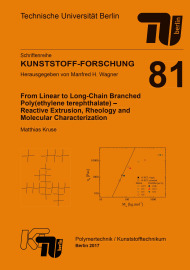 Poly(ethylene terephthalate) is one of the most widely used polymers in packaging industry, due to its high mechanical strength, chemical resistance, and barrier functions. However, its processing is determined by degradation and low viscosity. In particular, foaming and film blowing is restricted by the linear structure of the molecule and low melt strength. The stability of three linear commercial PET grades produced by different synthesis routes with different molar masses is analyzed in regards of processing at industrial scale. Subsequently, reactive processing with three multi-functional chain extenders (pyromellitic dianhydride, PMDA, tetraglycidyl diamino diphenyl methane, TGDDM, and triphenyl phosphite, TPP) is conducted to create large and long-chain branched (LCB) molecules. The mechanical and molecular properties in melt state are analyzed by linear and non-linear viscoelastic rheology, modeling by the molecular stress function (MSF) theory and size-exclusion chromatography (SEC) with light scattering measurements. Thermal stability measurements in the linear viscoelastic regime revealed degradation and a reduction of the storage modulus in air atmosphere, and, besides thermal degradation, an enhancement of the modulus in nitrogen atmosphere, due to polycondensation [Kruse et al., 2013]. Fitting by an exponential function leads to the reconstruction of the initial state of the sample at zero-loading time and to a time constant, which reveals clear relations between stability and molar mass for all three PET grades in both atmospheres. High molar mass PET is more stable in nitrogen and less stable in air environment, and vice versa, depending on OH end group concentration and synthesis route. The analysis by means of time-resolved mechanical spectroscopy allows the observations of moduli and complex viscosity at a fixed time, a wide range of angular frequencies, and at different atmospheres, and revealed: (i) a plasticizer effect induced by small molecules from thermal and thermo-oxidative degradation, (ii) cross-linking leading to yield stress, (iii) diffusion influencing polycondensation reaction, (iv) slipping due to deposition of side products, and (v) an enhanced shear thinning regime [Kruse and Wagner, 2016]. The extrusion of neat PET with a twin-screw extruder at industrial scale leads to strong reduction of viscosity mainly due to shearing. The impact of thermo-oxidative degradation is comparably small. The reactive processing of the three PET grades with the three chain extenders leads to the conclusion that the tri-functional TPP is not a useful chain extender due to rapid degradation and toxicity. The two tetra-functional chain extenders, PMDA and the epoxy-based TGDDM, lead to strong viscosity increase, increasing strain hardening effect, and increasing thermal stability with increasing chain extender concentration as confirmed by loss- and storage modulus, phase angle, activation energy of flow, and elongational viscosity. The MSF model predictions show good agreement with data measured, and allowed a quantitative analysis of the branching structure and of the stretch of the molecules by both non-linear MSF parameters. In comparison to the high molar mass PET with an apparent comb-like structure at high PMDA concentrations, the two initially low molar mass grades show a higher molar mass after processing with PMDA and seem to have a tree-like structure, which can be explained by the hydroxyl end group concentration of these two PET grades. The extensive use of TGDDM leads to a hyperbranched and gel-like structure. The fracture analysis from uniaxial elongation experiments reveals a limiting stress value for high PMDA concentrations and a limiting strain value for high TGDDM concentrations due to formation of a covalent network. The molecular analysis by SEC with triple detection of the high molar mass PET, which was reacted with PMDA and TGDDM, shows a strong increase of the average molar masses, polydispersity, radius of gyration, and hydrodynamic radius and confirms the molar mass increase observed by the rheological measurements. The branching was confirmed by a decreasing Mark-Houwink exponent with increasing chain extender concentration. Further, the analysis of the contraction of the molecule revealed a more star-like structure at low concentrations for both chain extenders. With increasing concentration, the structure changed to more comb-like for PMDA and random tree-like or hyperbranched for TGDDM as was also observed by non-linear viscoelastic measurements. PMDA revealed to be an excellent coupling agent which induces reproducibly either a star-like, comb-like, or tree-like structures depending on the concentration of coupling agent added and the hydroxyl concentration of the PET employed. 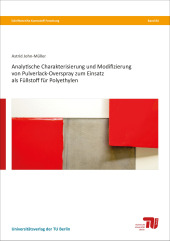 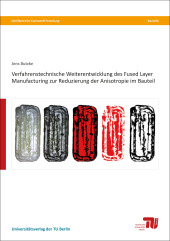 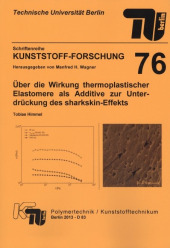 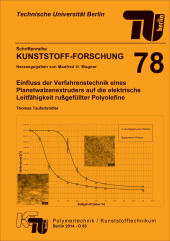