This is the first volume of the Young Cities Research Paper series presenting the scientific results of the mutual Iranian-German research Project Young Cities – Urban Energy Efficiency. Developing Energy-Efficient Urban Fabric in the Tehran-Karaj Region. The Project is funded for the German side by the German Federal Ministry of Education and Research bmbf. From the Iranian side, the Building and Housing Research Center bhrc and the New Towns Development Corporation ntdc as the main Project Partners are both affiliated to the Ministry of Housing and Urban Development mhud.The Young Cities Research Paper series shall disseminate the scientific results gained from project. The first volume is published on occasion of the completion of the first of the Pilot Project, i. e. the New Quality Pilot project building in Hashtgerd New Tow. Hashtgerd New Town, 70 km to the west of Tehran and 35 km to the west of Karaj forms the spatial focus of the Young Cities project. It is the place of intervention and for testing and trying the solutions and concepts developed for energy-efficient and sustainable urban design and planning, infrastructure provision, and object planning by the Iranian and German partners. The solutions shall, however, be applicable and transferable to other places in the Tehran-Karaj region as well as in Iran and in the Middle East North Africa region mena.The Young cities Project belongs to a worldwide “family” of ten research projects that are funded by the German bmbf and dedicated to the question of energy efficient urban development in future megacities. The other projects of this family are located in India, China, Vietnam, Ethiopia, Morocco, South Africa and Peru. The basic idea and commitment of this German research program is to produce research results useful for growing megacities. This research has to be done not on but for the growing megacities concerned and together with partners in these regions. In the case of the Young Cities project this led to an intensive and constructive cooperation between TU Berlin and the Iranian partners conducted by bhrc.The Research Paper series is intended to present the scientific results from the Young Cities project, while the consulting products including guidelines, software tools, instruments etc. are assembled after application and testing in a real project in Hashtgerd New Town and evaluation in a successively enlarged Manual. Since this first volume of the Young Cities Research Paper presents the overall Young Cities project in Farsi for the first time, focus is only partly laid on the results but also on its outline and objectives and only gives a glimpse into the first accomplishments and results.The present first volume of the Young Cities Research Paper series is to introduce the overall Young Cities Project with its accomplishments up to June 2010. It is divided into four main parts on the background of the project, its objectives and methodological approach, the results and accomplishments reached so far, and an outlook on the future progress of the project.The accomplishments form the main part and the focus of the volume.However, as the first volume, the Young Cities Project is also introduced with respect to some background information and primarily to its objectives and methodology forming the introduction into the whole series. 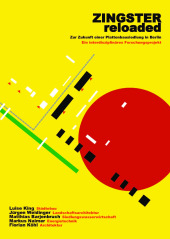 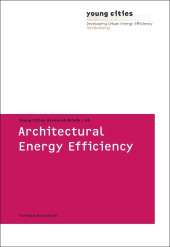 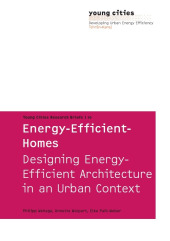